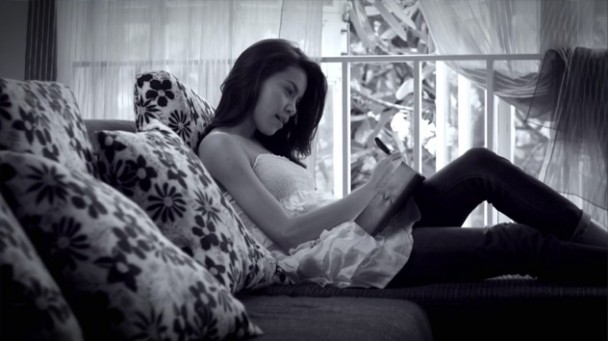 The song title in English means “A Love Out Of Focus”, or maybe a romance that’s been blurred, faded, or fading. Our original concept was based on Chris Marker’s La Jeteé, where the entire video would be seen as still photographs. The photograph becomes a signifier for time, but the photographs would eventually tell simultaneous stories that contradict each other.

But as the idea was a little too risky for a pop-culture market, we evolved the concept to something more palpable while stil maintaining the “photographic” element. Ultimately the video tells a story that unfolds in a non-linear narrative, based on the idea that photographs taken throughout a relationship may not always capture the truth.