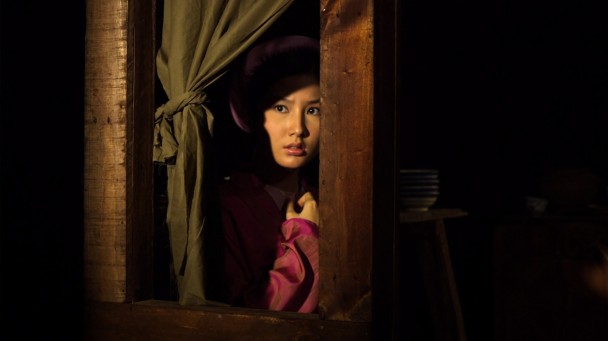 It’s a project that originates with the art collective, Superflex, and their collaboration with the The Netherland’s Museum of History called the Zeeuws Museum. The idea was to challenge notions of history and value by using authentic antiques, real national treasures from the country of The Netherlands, as props in a television drama that re-imagined the historical events that brought the antique to The Netherlands in the first place.

TPG was brought in to write, produce and direct this mini-series based on these ideas. We assembled a team of co-producers and episode directors, including Do Chi Thien and Nguyen Bich Ngoc, and a team of writers, to begin the task of re-writing the historical narrative and putting it into a modern context. Playing with notions of antiques, history and multiple characters existing in different times, we came up with a script and a team that carried this idea to life within 6 months.

Actual production lasted 6 weeks and within 2 weeks, the episodes were ready for broadcast. No antiques from the Zeeuws Museum were damaged in the process. Phew. The television mini-series has been broadcasted in Viet Nam and the U.S.A., with limited viewings.