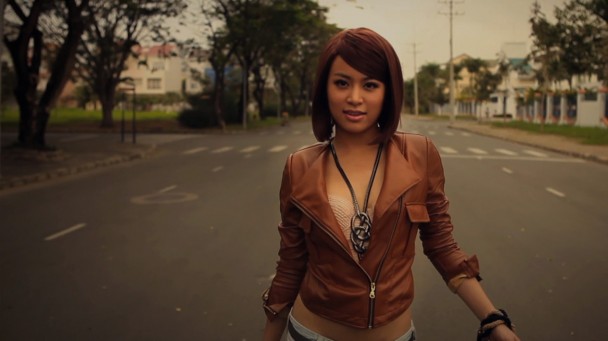 Behind the scenes of Dung Voi Vang.

The first of three music videos produced for Hoang Thuy Linh’s second album. Dung Voi Vang, which means Dont Rush in English, is composed by Luu Thien Huong who put together simple, straight forward lyrics with a bouncy Ska-influenced beat to produce this catchy little gem of a song.
TPG approached this unpretentious song with a concept to match. Using Saigon as a backdrop, the video shows HTL on a journey across the city – on her way to meeting her special man. No stunts, so frills, just a good ‘ol simple video to bring out the song’s true shine.

Thanks to Matthew O for being a good sport, even though we made you walk around for two whole days in the Saigon heat.