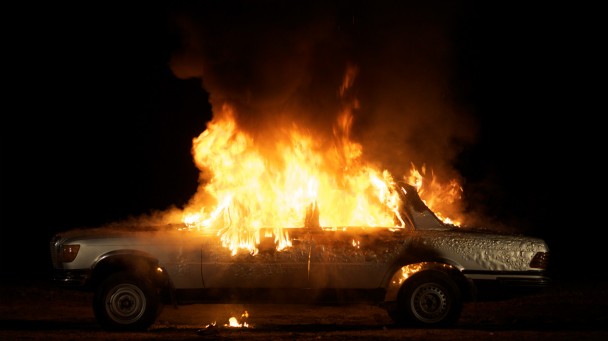 The empty car starts to burn, the cabin is filled with smoke and fire, car-paint is bobbling and tires explode. Towards the end of the film the car is burned out completely. Burning Car was made for a solo exhibition at De Vleeshal, Middelburg, curated by Christie Arends. No longer only an image of protest and revolt in war-torn regions and dictatorships far beyond our shores, the burning car has become an image from the suburbs of ‘civilised’ Europe – a symbol of the difficult relationship between Western societies and their changing populations.