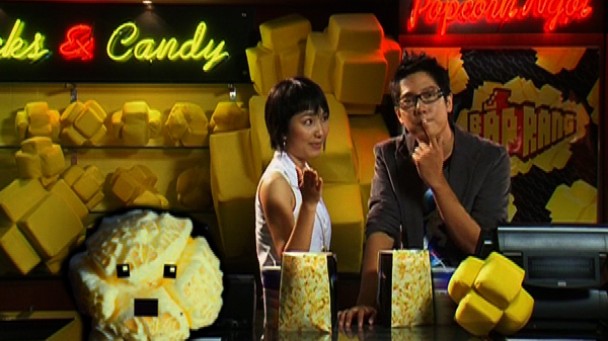 The project, also known as Popcorn, began when HTV3, a national television network in Viet Nam approached us to come up with an original, creative and out-of-the box television program showcasing the latest national and international film news.

The concept for Bap Rang / Popcorn, was to combine a Siskel & Ebert style of film review with a fresher, more humorous MTV-style look and feel to create something the target audience of 17 – 35 could find entertaining and informative. Something that hadn’t been experimented with in the Vietnam television market at that time. As with most projects, the budget was limited and the challenge was to create an interesting 45 – 50 minute program within those limitations. Utilizing a small production team, and shooting on location at Megastar Cinema, TPG was able to produce a hip infotainment program that garnered a large following.

After 16 weekly episodes had been aired, Popcorn’s substantial loyal following that developed over that short amount of time, was quite disappointed to see it all come to an end. But still even to this day, TPG is being asked to bring back the format… maybe someday soon.